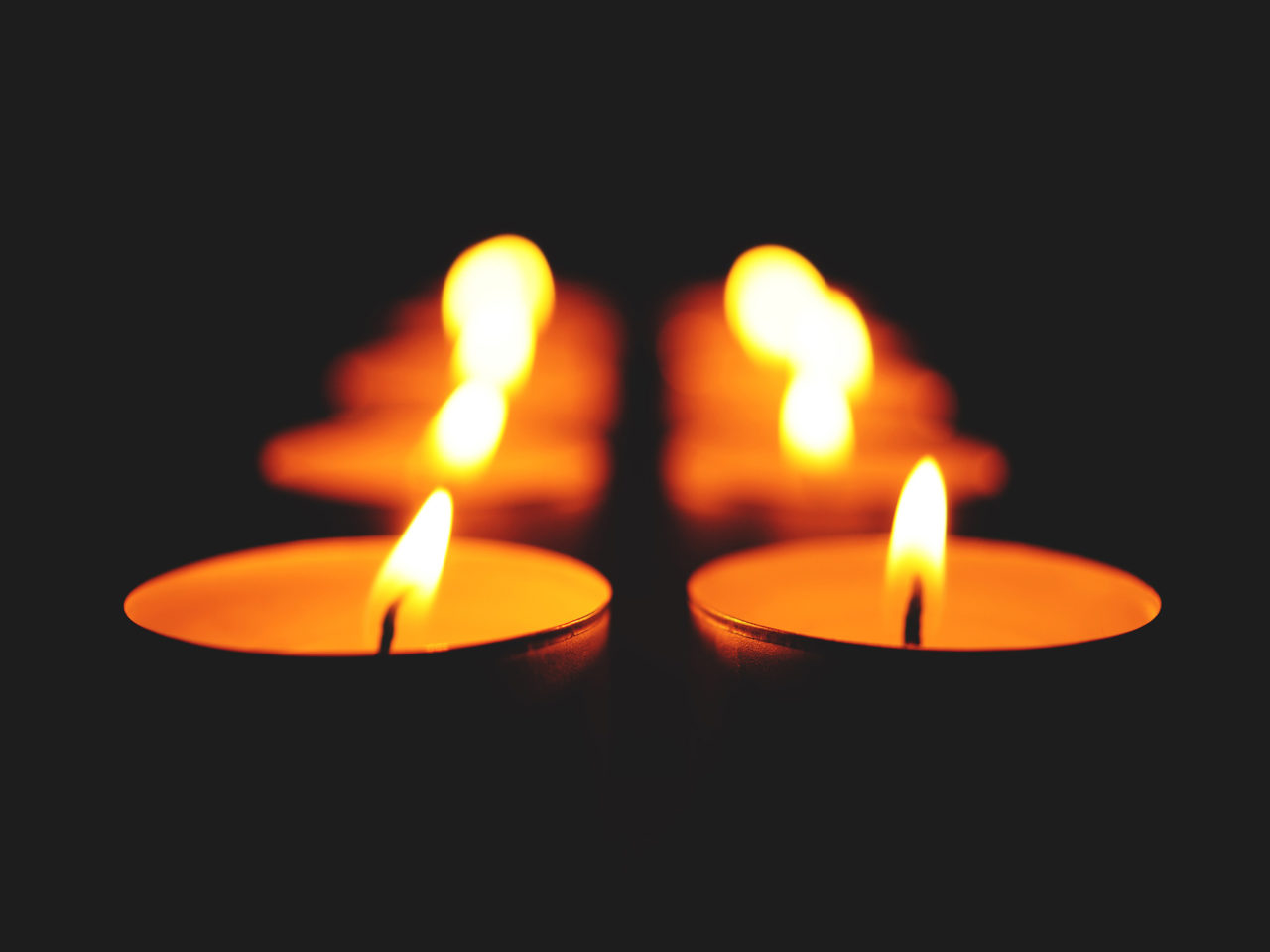 If remedies don’t have any role, then probably nobody would have any interest in studying astrology. Present generation has many doubts regarding astrological remedies.

To understand how a remedy affects human life first we need to have a deep understanding of Law of Karma.

Karma means not only action, but also the result of an action. The consequence of an action is really not a separate thing. It is a part of the action, and cannot be divided from it. Breathing, thinking, talking, seeing, hearing, eating, etc., are Karmas. Thinking is mental Karma. Karma is the sum total of our acts both in the present life and in the preceding births. Any deed, any thought that causes an effect, is called a Karma. The Law of Karma means the law of causation. Wherever there is a cause, there an effect must be produced. A seed is a cause for the tree which is the effect. The tree produces seeds and becomes the cause for the seeds.

Man is threefold in his nature. He consists of Ichha (desire, feeling), Gnana (knowing) and Kriya (willing). Behind any action, there are desire and thought. A desire for an object arises in the mind. Then you think how to get it. Then you exert to possess it. Desire, thought and action always go together. They are the three threads, as it were, that are twisted into the cord of Karma.

Desire produces Karma. You work and exert to acquire the objects of your desire. Karma produces its fruits as pain or pleasure. You will have to take births after births to reap the fruits of your Karmas. This is the Law of Karma.

If you put a seed in the earth, it sends up a little stem. Then leaves come out of the stem.

Your actions in the past are responsible for your present condition. Your present actions will shape or mould your future. There is nothing chaotic or capricious in this world. You become good by your good actions, and bad by your evil actions.

Three Kinds of Karma: Again before understanding types of Karma one more time, it is better to remember this sentence “Karma means not only action, but also the result of an action”.

Karma is of three kinds, viz.,

Only Yogis with their Gnanagni (Remaining knowledge reserve of Atmagnana stored at their forehead after burning their own Sanchita karma) could be able to burn if they part it with you. Otherwise, you will have to experience it during this life time to burn it away.

Both Sanchita and Agami (Kriyamana) karmas can be burnt away by Astrological remedies. Remedies can even alter the planetary forces in a beneficial way so that the ill-effects of planets could be drastically reduced to minimum.

All the doubts we will have about remedies will be cleared if we refer” Autobiography of a Yogi” written by Paramahamsa Yogananda titled “Outwitting the stars” (Chapter-16). In this chapter Paramahamsa Yogananda starts dialogue with his guru Sri. Yukteswar Giri who explains as follows about the astrological remedies.

“Impact of planets can either be felt in full or mitigated and cancelled depending upon our response to the cosmic influences”.

In response to Yogananda’s words reflecting his lack of faith in Astrology, Yukteswar Giri orates as follows:

“It is never a question of belief; the only scientific attitude one can take on any subject is whether it is true. The law of gravitation worked as efficiently before Newton as after him. The cosmos would be fairly chaotic if its laws could not operate without the sanction of human belief.

“Charlatans have brought the stellar science to its present state of disrepute. Astrology is too vast, both mathematically and philosophically, to be rightly grasped except by men of profound understanding. If ignoramuses misread the heavens, and see there a scrawl instead of a script, that is to be expected in this imperfect world. One should not dismiss the wisdom with the ‘wise.’

“All parts of creation are linked together and interchange their influences. The balanced rhythm of the universe is rooted in reciprocity,” my guru continued. “Man, in his human aspect, has to combat two sets of forces first, the tumults within his being, caused by the admixture of earth, water, fire, air, and ethereal elements; second, the outer disintegrating powers of nature. So long as man struggles with his mortality, he is affected by the myriad mutations of heaven and earth.

“Astrology is the study of man’s response to planetary stimuli. The stars have no conscious benevolence or animosity; they merely send forth positive and negative radiations. Of themselves, these do not help or harm humanity, but offer a lawful channel for the outward operation of cause-effect equilibriums which each man has set into motion in the past.

“A child is born on that day and at that hour when the celestial rays are in mathematical harmony with his individual karma. His horoscope is a challenging portrait, revealing his unalterable past and its probable future results. But the natal chart can be rightly interpreted only by men of intuitive wisdom: these are few.

“The message boldly blazoned across the heavens at the moment of birth is not meant to emphasize fate the result of past good and evil but to arouse man’s will to escape from his universal thralldom. What he has done, he can undo. None other than himself was the instigator of the causes of whatever effects are now prevalent in his life. He can overcome any limitation, because he created it by his own actions in the first place, and because he has spiritual resources which are not subject to planetary pressure.

“Superstitious awe of astrology makes one an automaton, slavishly dependent on mechanical guidance. The wise man defeats his planets which is to say, his past by transferring his allegiance from the creation to the Creator. The more he realizes his unity with Spirit, the less he can be dominated by matter. The soul is ever-free; it is deathless because birth-less. It cannot be regimented by stars.

“Man is a soul, and has a body. When he properly places his sense of identity, he leaves behind all compulsive patterns. So long as he remains confused in his ordinary state of spiritual amnesia, he will know the subtle fetters of environmental law.

“God is harmony; the devotee who attunes himself will never perform any action amiss. His activities will be correctly and naturally timed to accord with astrological law. After deep prayer and meditation, he is in touch with his divine consciousness; there is no greater power than that inward protection”

Sri. Yukteswar Giri was one of the greatest teachers of guru parampara Sri. Mahavatar Babaji—Sri. Lahiri Mahasaya. Apart from the sacred scriptures when such an epic personality coined as above we can believe that astrological remedies exists and definitely mankind can benefit from them. We should always remember that all the astrological remedies at a micro level aim at altering planetary influence on the subtle body when they are performed in the right direction.

A boatman without oars, rudder and sails is carried away helplessly by the winds and currents; but a clever boatman with oars, sails and rudder, ably directs the boat in any direction he likes and reaches the other shore safely. Even so, he who knows the Laws of Nature—the law of thought, the law of Karma, the law of cause and effect—can sail fearlessly in this ocean of Samsara and reach the other shore of fearlessness and immortality quite safely. He will utilize the helping forces to his best advantage and neutralize the opposing forces skillfully, with the help of the knowledge of the Laws. Knowledge is a torch-light. Hence, knowledge is absolutely indispensable. Ignorance is the greatest sin. An ignorant man becomes a victim or a slave of nature.

previous
How to record the birth time exactly when child is coming out of mother's womb?
next
Birth Time Rectification